The Journey of a Clown, Day 43, The relationship to my mother pt3

Posted on December 6, 2014 by The Self-Honest Clown 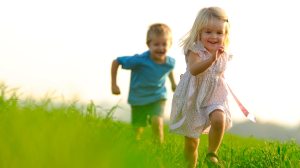 This blog is a continuation from the following posts:

It´s, fascinating to see how I grew up into this idea in which my relationship with boys and girls will change so dramatically, in terms that I would be now in my way/my path of becoming a “male”, I mean, I can´t deny that I actually remain quite curious about the “private areas” of the women. And it´s also interesting when you see it in terms of the experience of “shame” that manifests when one grows into religious contexts, like it was within my house and my mother being “my introduction into religion…” (metaphorically speaking)

So…getting to the issue:

I began to experience like a form of comfort and a form of energy as pleasure and enjoyment for that movement that I was doing, and so I began to just move myself while I was in my bench, and so I keep doing that for a while till I ejaculate, and I mean, I didn´t knew what was what I did, I simply knew that it happened while doing that movement on the bench,and I found the experience to be so unexpectedly sublime that, I mean, I couldn´t relate anything bad to it yet…

And so at the next day I did it again, and the next day and the next day. It became like something that I would do everytime that I were in my bench, and here also it´s important to understand that I didn´t had an association of pictures or words to it; it was something very natural for me, and I mean, it´s interesting that the blame would only present once that I associated this experience towards the picture of “women”, which was also later on in my life… but I would get to that later.

One day in which my cousin and I were playing together, and, I mean, we grew together seeing us naked when we used to take baths together or play together, so we didn´t had like “shame of being naked in front of each other” and so one day, we were playing on my room, and my cousin asked me if I knew what it means to “make love”, I answered that I didn´t and she told me that she wanted to play to that, so we went to a room in my house, and I remember that we even leave the door of the room open… so, we actually didn´t believed or thinked that we were doing something “bad” you know?

She first told me to kiss her, and she would show me how to do it, lol, and it´s funny because I would ask her “where did you learn this?” and she told me “from a movie”, lol.

So, we were kissing each other and in that kiss, I was able to feel her lips and her tongue rubbing my lips and my tongue; I had a weird sensation within myself, like such a comfort of sharing myself physically as we were kissing each other, and then she told me that I had to pull down my pants and I had to “place it” in her legs, so I did it, but, LOL what we didn´t knew is that we were supposed to “make contact between the penis and the vagina…”, LOL, so it was actually more like me being in front of her in some sort of a hug while being naked

Now, we didn´t saw that my mother was actually seeing everything, and later on, that same day, my parents had a conversation with me, and they told me that again: “I shouldn´t do this things, that I should respect my cousin” and for me this was quite strange you know? Because I didn´t understood where was the point in which we were apparently doing something “bad or disrespectful with each other”, and well, from there the parents of my cousin also spoke with her, and from that day… we never shared ourselves again, and by this I mean not only physically of course but intimately, in terms that, you know, the things that we would usually share with each other like conversations and so on, because now “it would become “things of girls” that only were able to be shared between girls”, and obviously  we never took baths together ever again.

I mean, I can understand if you feel this to be “weird or something”, but I mean, maybe you should ask yourself: “Why is it normal for you to experience this “weirdness” that apparently makes you “distinguish” what is “good from what is bad”, LOL and I mean, of course with this I am not saying: “you know what? Fuck everything, let´s go and have sex with our cousins and so on” No… what I mean is that, maybe we should understand how is it that “we learn” such concepts as “good/bad, right/wrong, positive/negative”.

In the next post I will continue with how and why this was relevant in my life in my relationships and interactions with women.

Till the next joke

Here I write myself walking the 7 years to life process of applying Self Forgiveness to get ride of the parasitic evil within me as Dishonesty.
View all posts by The Self-Honest Clown →
This entry was posted in Uncategorized and tagged age, Bernard Poolman, catholic, child, children, christian, church, curiosity, desteni, experience, exploring, family, father, kids, love, media, mother, normal, parents, religion, sex, sexual behavior, sexuality. Bookmark the permalink.